HomeEntertainmentNEWSPolice in pursuit of a gang that robbed and killed a night...
NEWSTrendsWorld

Police in pursuit of a gang that robbed and killed a night guard in kiminini. 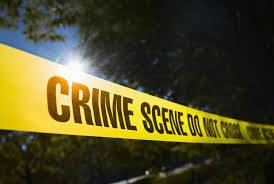 Police in Kiminini are in hot pursuit of a gang that raided a bar and injured a night guard in Toll Station in Baraton Location of Kiminini Sub County .

According to the Kiminini Sub County Police Commander John Onditi , the unknown assailants struck Samrose Grill Bar some minutes after 2: 00 a.m morning , beat and left to dead a night guard identified as Sonton Emoni before stealing an assortment of hard drinks of unknown value and two television sets of 55 inch each.

‘’ The unknown assailants managed to take away 2 ”55 inch ”Television sets of 55 inch after stealing hard drinks of unknown amount of money. They then badly injured a night guard who was pronounced dead in hospital’’, he said.

The Police boss said the body of the night guard, identified as Sonton Emoni was taken to kitale County referral hospital mortuary awaiting an autopsy.

The police boss said police had launched investigations into the incident which has left residents in shock.

Officers from the directorate of Criminal Investigations, he said were combing through the CCTV footage in order to be able to identify those involved in carrying out the crime.

He said the thugs will be found and punished no matter the time it will take.

He asked area residents to volunteer information that will help the police in netting down any suspected persons.

Trans Nzoia County Police Commander Nelson Shilunji Taliti who addressed the Star in his County Police Headquarters office in Kitale said security had been beefed up in all the 5 sub Counties.

He revealed that the County Divisional headquarters had received 46 recently graduated police officers who will be spread across all sub Counties.

‘’We have received a number of 46 new police officers who will help boost our security . We will be receiving some more officers from the Critical infrastructure Police Unit ( CIPU ) and the General Service Unit GSU who will be based at the Kitale Police Division headquartters’’, he said.

The County police Commander said police had made a great progress in apprehending a wanted run away thug who was among the three that escaped after two of their accomplices were gunned down in a shootout between security officers and thugs who were on transits to E ldoret from Turbo a red boxer motorcycle registration number KMFJ 074 .

The police boss said the suspect, Bonface Masai, 25 who is a resident of Endebess Sub County in Trans Nzoia was part of the three man gang was arrested after being forensically identified in all the 5 robbery incidences committed recently in Eldoret.

The suspect was arrested in Nakuru in a sting operation and taken to Eldoret where he will be arraigned before court on 12th of January, 2023 and will be detained for two weeks to allow detectives conduct identification parades .

The police boss called for the cooperation of residents in volunteering information that may lead to the arrests of suspicious characters.