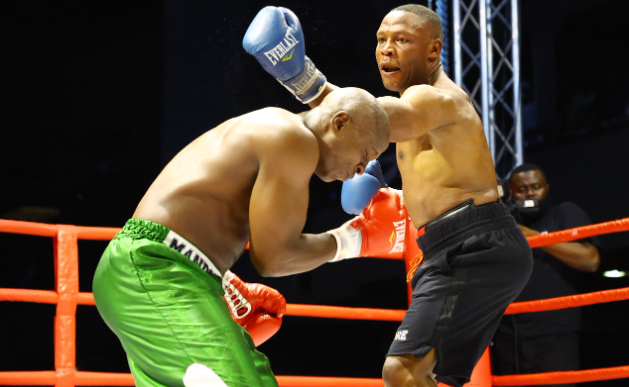 A good number of Kenyans are now urging the state to allow robbery convicts to come out from prisons and tackle Mandonga after Wanyonyi’s fiasco.

According to those who gave their views to Newsnetkenya, robbery convicts do not speak much during their operation and there effects are always felt on TV stations.

” This robbery suspects and convicts are at a good place to tackle this man, their action will be immediately felt after the fight,” one Kenyan said.

Another one said that when the state allows them to visit the ring for war with Mandonga, a good offer should be given in regards.

Speaking after the match, Mandonga defended his hype for the match saying it is key in making the game lively.

He said he will back to Kenya for another fight promising to floor the opponent again.

The Saturday fight was Mandonga’s first bout outside Tanzania.