HomeeducationHelb, UF proposals on how body is key to unlocking funding challenges
education

Helb, UF proposals on how body is key to unlocking funding challenges 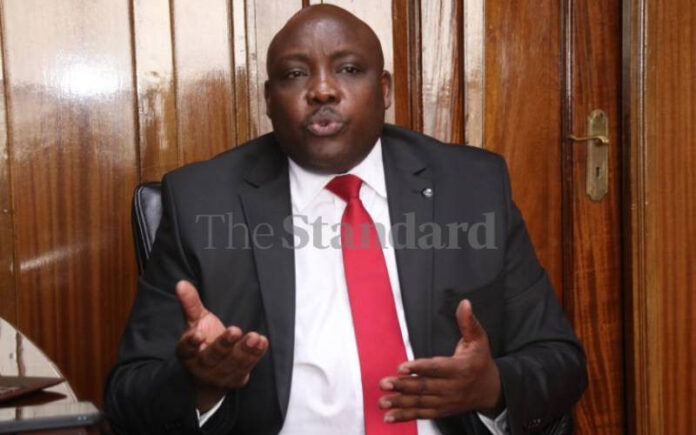 Helb The new education funding body may be tasked to determine the total number of students joining universities and colleges who will be supported by the Government.

The merged funding agency may also be mandated to set tuition fees for higher education institutions in consultation with the Education Cabinet Secretary. In addition to these, the new funding body will also set criteria and conditions governing the granting of loans including the rate of interest and recovery of loans.

These are some of the tasks that the new funding body may perform if proposals by Universities Fund (UF) and the Higher Education Loans Board (Helb) will be adopted. The details are contained in two separate proposals prepared by the two agencies and presented to Presidential Working party on Education Reforms.

Charles Ringera and Geoffrey Monari are the present chief executives of Helb and UF respectively and both agree that the merged body will be the ultimate solution to funding challenges that have bedeviled financing of higher education in the country. The agencies say that to address the challenges bedeviling tertiary education financing, there has to be paradigm shift in policies touching on Helb, TVET Fund, and University Fund being the key tertiary education financing entities.

“This is therefore to strongly support the proposed amalgamation of Helb, University Fund and TVET Fund with a view of harmonizing and merging all these tertiary education funding entities into one efficient tertiary education financing body in line with the promise of the Kenya Kwanza government to Kenyans through its campaign Manifesto,” reads Helb presentation

UF highlights four key benefits or merger saying that it would lead to increased efficiency and coherence in the sector where there will be increased synergy and institutional consistency in relation to funding. “This will eliminate costs relating to operations/administrative overheads,” UF report says.

It also says merger will enhance accountability and transparency in funding students and institutions, noting that the synergies will spill over to enhancing accountability in how students are funded. 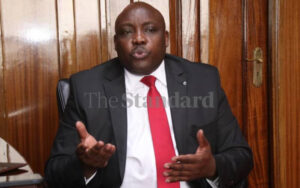 Also listed by UF as benefits of the merger is implementation of evidence-based decision making for funding where decisions on funding would be based on objective data collected and reviewed by the three agencies.

In addition, UF argues that merger will harmonize synergies for the three entities towards attainment of sustainable financing for higher education and improved service delivery. UF report further says that the merger will reduce duplication of functions relating to funding of students and higher education institutions in the country.

“This will in turn lead to an increased availability of resources for execution of the mandate of the new body,” reads report.

Overall, the UF and Helb observe that the merged body will end disjointed funding where one student has multiple funders in form of government institutions such as UFB, Helb, counties, NG-CDG, other sector priority needs by MDAs, yet all are drawing capitation from the exchequer.

UF and Helb also argue that the merger will give opportunity to students to express interest for funding unlike present case where every student received government capitation. The new body will also make it possible to fund non ministry of education tertiary institutions whose students do not get funding due to the historical operating practice where only trainees in TVETs in the Ministry of Education are eligible

There are over 40 tertiary and technical institutions in other line ministries other than Ministry of Education with approximately 140,000 students that are not funded due to budgetary constraints.

UF and HELB agree that resource mobilisation would be enhanced under new funding body as the present financing system has no structured Mechanism for Resource Mobilization for student financing. In addition to these, the UF and Helb argue that the new merged body will enhanced partnerships and boost management strategies.

This as it emerged that there are untapped funding opportunities and partnerships including Non- Governmental Organizations (NGOs), foundations, the private sector, and county governments which have not been fully exploited owing to the disjointed efforts in partnership management. And most importantly, UF and Helb say that under the new body, management of students’ data will be core and critical.

They argue that there is a need for a centralized student data management system that is integrated with the relevant student handling agencies, including KUCCPS, Helb, Universities Fund, Commission for University Education (CUE), and individual universities.

In its report, Helb also observes that the amalgamated body shall establish a Means Testing Instrument (MTI) to spell a clear acceptable criterion in consultation with stakeholders for the apportionment of funds and issuance of grants. This will be a marked departure from the present case where all students admitted to the university get state funding.

“This will release funds from those who do not want government grants thus increasing the available funds to more needy citizens and help in better targeting for students’ financial support,” reads HELB presentation.

In this regard, UF argues that the new body will be required to establish and award bursaries and scholarships which it may consider necessary for the promotion of the objectives and functions of the Commission. In a detailed presentation, the report by Universities Fund specifically proposes that the new body also advises the Cabinet Secretary (in charge of education) in matters relating to the funding for higher education and related policy issues.

According to the proposals, the new agency will also take over the role of allocating universities funds to universities, that is presently undertaken by the Universities Fund. “Apportion and disburse funds allocated by the national government, donors and any other sources to TVET institutions and universities in Kenya based on the set criteria,” reads report.

It its report, Helb proposes that the law to be enacted on amalgamation should mandate the amalgamated body to create a One-Stop-Shop for tertiary education financing needs that will offer a coordinated education financing supermarket for Universities and TVET students.

Boys U11,U9 and U7 shows fantastic skills during the PIPSSA games