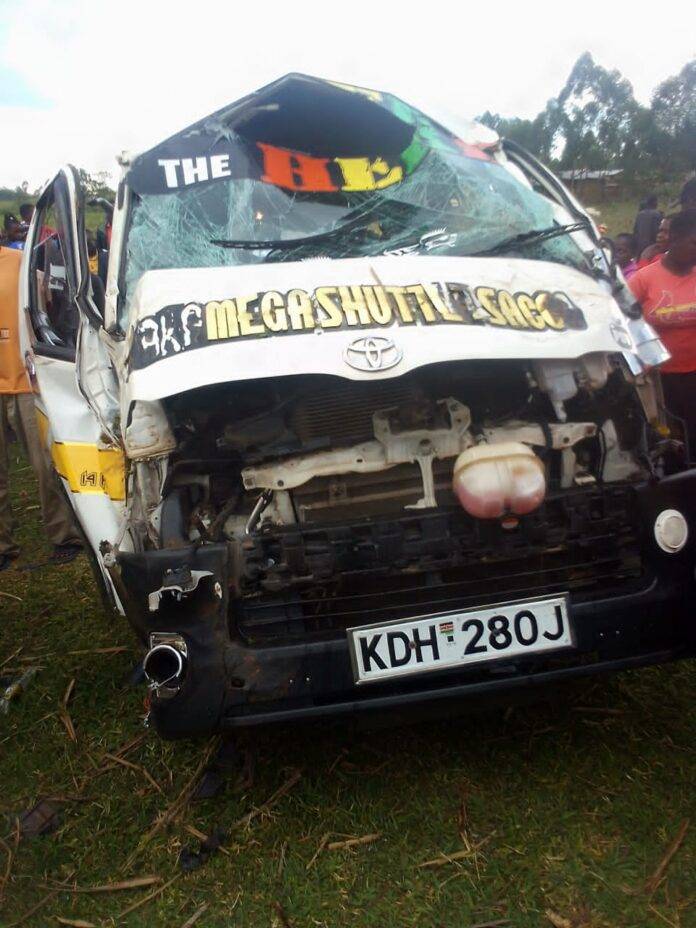 Four passengers die in a road accident along the Kakamega-Mumias road on Tuesday evening after a matatu they were traveling rolled.

Three male passengers died on the spot while a fourth one passed on while receiving treatment at the Store Marys Mission hospital in Mumias.

The accident occurred at Eshirakalu area after the a front tyre of the matatu which was heading to Mumias busrst. The driver lost control of the vehicle and veered offbthe road before rolling several times.

Mumias East subcounty polive commander Mohammed Mahamdu confirmed the incident saying investigations have been launched tonestablishnthe cause of the accident.