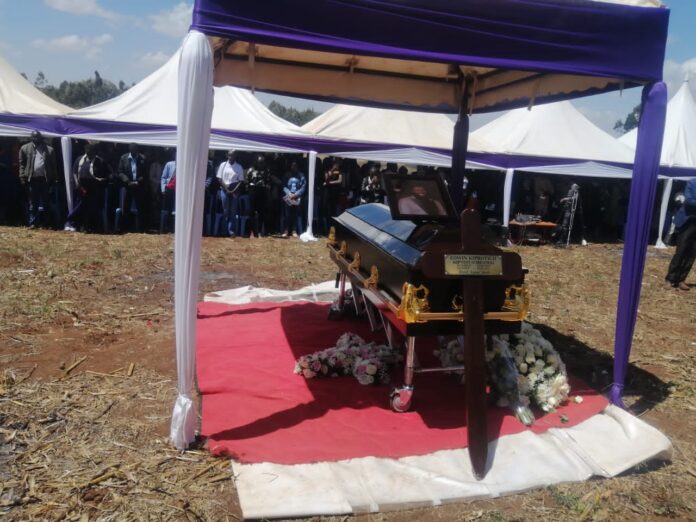 Hundreds of mourners thronged the home where the family eulogized him as a good person who had been wrongly portrayed as a bad person.

His mother Rael Kiptoo in a tribute read on her behalf said she had accepted that his was gone and would never return.

“Even if we question the answers will not come now. The truth is know to God” she said.

He was also eulogized by lecturers and students from the University of Eldoret where he was studying a course in fashion design before his death.

The family including his cousin Gaudensia Chiri said although his death had elicited alot of controversy, they knew Chiloba as a humble but outgoing person who loved everything to do with fashion.

“Our brother was a person and a good person whom we knew from childhood as a God fearing humble person”, Chiri said.

Most of the family members said Chiloba had been a pastor in school.

“He was hardworking and loved fashion which he was brilliant at” said his sister Gladys.They asked the government to ensure he gets Justice.

A preacher from the University Reverend Joseph Namuli of the KAG church at Chepkoilel gave a surmon in which he dwelt on the importance of salvation.

He said it was not proper to rush into judging a dead person because no one knew what the deceased told God before death.

The family asked the media not to cover the final rites at the grave site as Chiloba was laid to rest.