Just like AMEEY homes , another ‘Rogue’ developer putting up illegals apartments along Mwambao road off Limuru road in Parklands 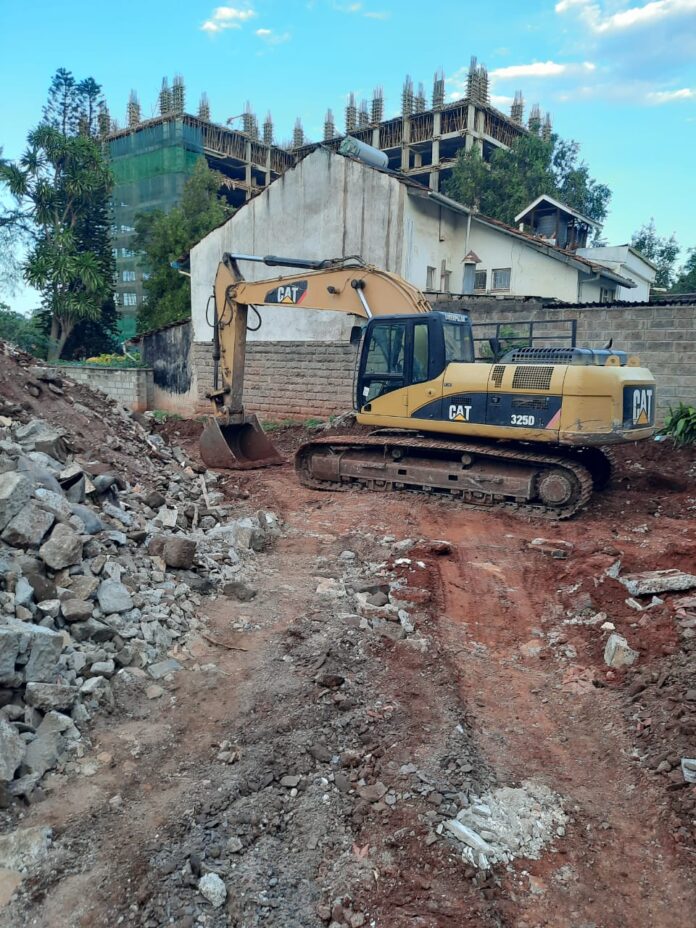 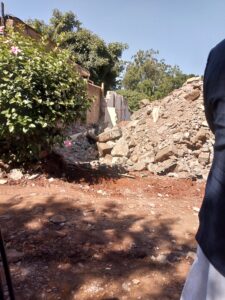 There is tension and confusion among Taza lanes residents in Parklands after another developer started putting up multimillion houses illegally months after Ameey homes as started constructing his .

The construction work is on  Mwambao road off Limuru road both in Parklands  a short distance from the adjacent disputed Taza lane houses.

In both sites no clear mode of approval was granted, in Taza lane, Ameey homes is illegally constructing a multimillion property despite protests, violation of NEMA laws among other illegalities.

In our field visit to the site on Friday, we found out that the rogue developer had illegally demolished  houses from the nearby building including the property belonging to the Assumption Sisters of Nairobi.

Lawyer Alfred Ndabiri, also a neighbour and who spoke to the press on behalf of residents and  alongside lawyer Daniel Ngoli  said that an immediate action was needed to stop the construction works.

He revealed that no Sewer line plan had been proposed  and warned that the project was a tickling bomb.

According to our investigations the constructions  in  various parts of Parkland lacks critical documents and are not legally  approved.

“I m an immediate neighbor and I  was attracted by excavation noises on the evening of January 9. After visiting the site, I found the grounds  already dug out and the neighbouring walls are already falling,” he said.

During our tour visit, we were able to find a public notice that had been fixed inside the plot inviting objections to change of user but the irony was the poster could not be spotted by the members of the public

The neighbours who include Regina Pacis monastry of the Catholic Church who own a guest house in an adjacent piece of land whose walls are said to be already damaged.

The residents are calling on President Ruto’s regime and Governor Johnson Sakaja to institute investigations on ongoing constructions within Parklands area as they are hazardous not only to the environment but also to the targeted tenants as the area is not serviced by the with Nairobi City Water and Sanitation sewer line, a reason why residents have objected to the other developments on Taza Lane and adjacent areas.

So far residents and some plot owners have instructed a law firm of A.N. Ndambiri & Co. has been instructed to act on illegal developments in the area.

Among actions that may be taken   includes,  filing petitions in the Environment and Land Court against Authorities and public officers who are failing in their statutory duties.

The Petition that will be filed in court includes  include suing ‘professionals’ companies and individuals who aid and abett commission of illegalities in the real estate business by among others, supplying building materials to unapproved development projects and  he is tasked with the idea of reminding the public that Ignorance of the Law is no Defence

Lawyer Daniel Ngoli , who also  spoke to the press and warned against entertaining illegally developers works with the  Legal Trust Fund, a civil society group. He called on the National government to quickly swing into action and investigate the entire project and stop the entire work .

Ngoli and the Legal trust organization Fund have been  collecting evidence on illegal developments to be used in the up-coming mega civil suit against the ‘developers’, state agencies and public officers to be sued in their personal capacities.